Contour plot applications: Why should you use them?

Contour plots are a very useful tool that can be used in several fields for showing information. As one image is worth one thousand words, the best way to define a contour plot is the following example: 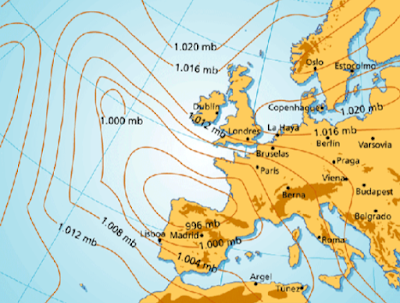 Everyone has seen these lines when watching the weather forecast. Some lines appear on the map, and they have a certain value assigned to them. In this case the value gives us the pressure that can be found all over the line, which are called isobars. The closer the isobars, the stronger the wind in that region will be. For example a strong wind is expected in Lisbon. The distribution of the isobars helps to forecast some weather behaviours such as anticyclones and cyclones. The first ones are associated with stable weather and the second ones to unstable weather.
Coming back to the original question: what are the contour plots? The contour plots are graphs in which each line shows one value with relevant information for the problem in hand. In the weather forecast, the lines are telling us all the places that have a certain pressure. It can be easily seen that the pressure in Brussels is very similar to the one in Vienna, whose value is around 1012 millibars. Topographical maps also work with the same idea.
Now I am going to expose an example related to bridges which is the structure that I am investigating in my research project. We are going to create a contour plot in which a bending moment will be shown. The bending moment is defined as the distance between one support and the force multiplied by the force, as shown in Figure 2.

Bending moment is going to depend on the location of the bridge section being investigated and on the position of a force. For example, we are going to analyse the behaviour of a 20 m length (L) simply supported bridge for sections every meter, when having a 20 kN force (P) also at every meter. We start putting the force on the left support, obtaining a row matrix of zeros, as x=0, at every point of the bridge. Then we put the force 1 m from the left support (x=1). The bending moment equation for this situation is the following: 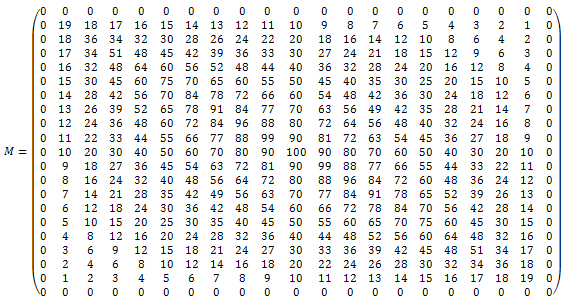 The advantage of this plot is that we can predict the value of points that we have not calculated before and visualise a picture of the bridge response anywhere. For example, if we want to know the value in the bridge position 4.5 m when the force is at 9 m from the left support, we can estimate that the bending moment would be a bit less than 50 kNm. When using the formula, a bending moment of 49.5 kNm is obtained. It means that with a glimpse we can access to all the data. Therefore, if you are frustrated in your work, remember to use this tool. It can make you discover unexpected relationships between parameters and give you hints to move forward. Try it!
Posted by Unknown at 10:17

Email ThisBlogThis!Share to TwitterShare to FacebookShare to Pinterest
Labels: Published